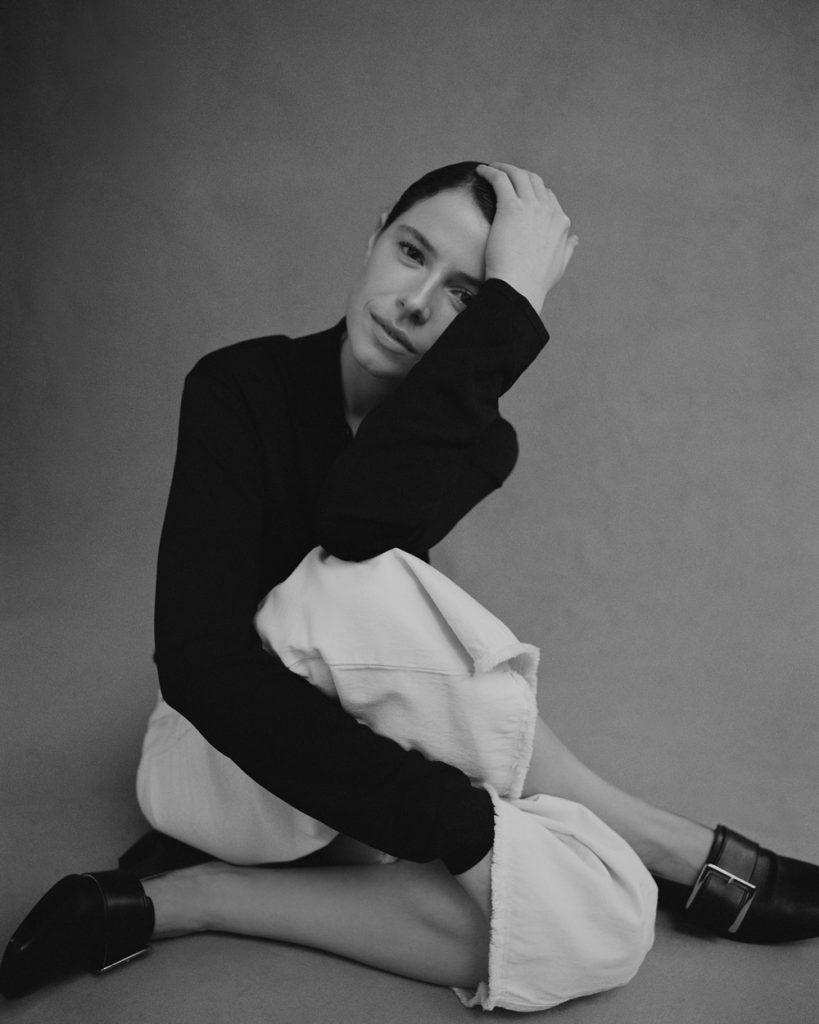 Irish-born RADA graduate Jessie Buckley had her first starring role in Michael Pearce’s critically acclaimed and BAFTA-nominated Beast, alongside Johnny Flynn. The film opened to rave reviews in 2018 and Buckley won “The Most Promising Newcomer” award at the British Independent Film Awards and “Best British or Irish Actress” at the Critics Circle Awards. She was selected to be one of BAFTA’s “Break Through Brits” and was also chosen as one of Screen International’s “Stars of Tomorrow.” Additionally, Buckley recently received this year’s Tropheé Chopard at the 2021 Cannes Film Festival.

Up next, Buckley will star alongside Olivia Colman in Maggie Gyllenhaal’s highly anticipated directorial debut, The Lost Daughter, which premiered at the Venice Film Festival to rave reviews.

Buckley recently wrapped filming on Plan B and MGM’s Women Talking alongside Frances McDormand, Rooney Mara and Claire Foy. Based on the best-selling novel by Miriam Toews, the film follows a group of women in an isolated religious colony as they struggle to reconcile their faith with a series of sexual assaults committed by the colony’s men. Also this year, Buckley wrapped production on Alex Garland’s Men, in which she stars as the lead alongside Rory Kinnear. The A24 film follows a young woman (Buckley) who goes on a solo vacation to the English countryside after the death of her ex-husband.

Most recently, Buckley starred alongside Josh O’Connor in a stage-to-film, present-day adaptation of Romeo & Julietdirected by Simon Godwin. Originally meant for the stage at the National Theatre in London, the filmed performance premiered on PBS in the US and on Sky Arts in the UK.

In 2018, Buckley starred in Tom Harper’s Wild Rose alongside Julie Walters and Sophie Okonedo for which she earned a “Best Actress” nomination at the British Independent Film Awards and won the “Best Actress” award for BAFTA Scotland. She was also nominated for the BAFTA “Rising Star” award, where she performed a song from the film, becoming the only performer at the awards ceremony that year. In 2019, Buckley starred in Rupert Goold’s Judy, alongside Renee Zellweger, and she appeared alongside Emily Watson and Jared Harris in the HBO and Sky Atlantic Emmy-nominated series, Chernobyl.

Other film and television credits include The Voyage of Doctor Dolittle, The Courier, the role of Princess Marya in the critically acclaimed BBC adaptation of Tolstoy’s epic novel War and Peace alongside Paul Dano; and starring opposite Tom Hardy in the historic drama series Taboo. In 2018, she worked alongside Stephen Campbell Moore, Ben Miles and Jessica Raine in the BBC One drama series The Last Post, written by Peter Moffat, and appeared in the BBC One adaptation of The Woman In White, Wilkie Collins’ classic psychological thriller adapted for television by Fiona Seres.

Buckley’s theatre credits include two productions simultaneously as part of the Kenneth Branagh Theatre Company’s inaugural season: The Winter’s Tale, in which she starred as Perdita, and Harlequinade, in which she starred as Muriel. Buckley starred as Miranda in Jeremy Herrin’s The Tempest, opposite Roger Allam (which was later released as a film). Further theatre credits include: A Little Night Music at the Menier Chocolate Factory; as Princess Katherine opposite Jude Law in Henry V; and as Constanze in Amadeus, alongside Joshua McGuire and Rupert Everett at the Chichester Festival Theatre.